Like sentences with simple word order, sentences that follow a pattern are easy to understand. When two or more concepts are logically equal, the same grammatical form can be repeated in a series of words, phrases, or sentences, for example, “reading, writing, and traveling”. In writing and speech, this rhetorical device is called parallelism.

One characteristic of minimalist art is the use of geometric shapes, such as the square and the rectangle, to represent the world, be it things, thoughts, emotions, or concepts. In technical writing, devices such as parallelism can be applied to remove rough corners and distractions and to achieve structure, symmetry, and simplicity. Unbalanced sentences are awkward, wordy, and hard to remember. Patterns and repetition, that is, an adherence to meaningful conventions, help people to learn and retain knowledge. 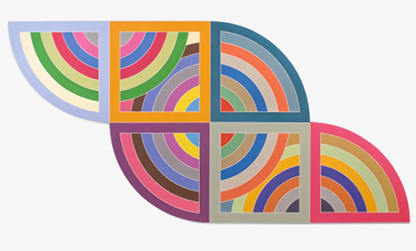 A word on symmetry: nature favors symmetry, human beings favor symmetry. Symmetry makes the world easier to interpret. On the other hand, an intentional break from symmetry or a juxtaposition of opposing ideas, can lead to interesting and surprisingly aesthetic results that lend art, design, architecture, and even music an unexpected and original twist. Think, for example, of the Louvre museum and art gallery in Paris, which was formerly a royal palace dating back to 1546, and the glass pyramid erected in front of it and unveiled in 1989. Or think of the music of Evanescence, where classic meets rock.

To break a rule is to know the rule

In many disciplines, architecture and music and also sport, from ice-skating to motor-racing, a knowledge of the fundamental principles and a level of skill are prerequisites for attempting more daring feats such as pirouettes and maneuvers at speed. The same applies to writing: Writers need to know and be able to apply elements of style and grammar before breaking the rules.

As a minimalist principle for technical writing, parallelism improves writing style and readability. For example, a lengthy block of text that describes a set of similar ideas can be split up the text into a list where each list item has the same grammatical form. Reorganizing information can give balance and meaning to text that lacks anchor points and is monotonous and meaningless. We’ll touch again on parallelism in bulleted and numbered lists when we come to Principle Six: Organize information logically.

To learn more about how parallelism lends itself to technical writing, see Effective Rhetoric, Effective Writing: Parallelism in Technical Communication.